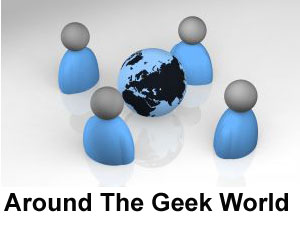 Around The Geek World is a monthly summary of interesting articles and news around the geek world with my brief comment.

I hope you enjoy this collection of interesting geek articles for October 2008.

Tagged as: Around The Geek World, Monthly Links

Next post: How To Monitor Network Switch and Ports Using Nagios