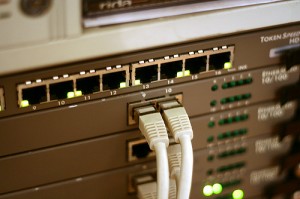 This article is written by Balakrishnan M

A while back we reviewed 11 examples on how to use editcap utility to capture network dumps. In this article, let us review mergecap utility and tshark commands.

Mergecap is a packet dump combining tool, which will combine multiple dumps into a single dump file. Based on timestamp, the packets are written into the output file in an orderly manner. By default the output file is written in the libpcap format. However using mergecap options, we can generate output in various different format including those that are supported by wireshark tool.

mergecap is available in the wireshark package. Make sure wireshark/ethereal package is installed to use the mergecap.

In this example, input_dump2 contains the packets which are captured after input_dump1. The output_dump will contain intput_dump2 packets in the beginning followed by intput_dump1 packets.

Combine two network dump files and print the output to the standard output instead of writing to a file.

Use option -T, to get the output file in the desired encapsulation format as shown below.

In this example, the output_dump contains the packets of maximum 100 bytes length.

Tshark is a powerful tool to capture network packets, which can be used to analyze the network traffic. It comes with wireshark network analyzer distribution.

The following example will capture the network packets continuously for 60 seconds. After 60 seconds of capture, it would stop automatically. capture_out contains the packets, which are flown in the network during the last 60 seconds.

In the following example packets will be printed on the screen and simultaneously it will be written into the output file.

To see how many packets are flowing in the network for a specific interval use the following command.

Use the following example, to capture the packet flow for a particular host(transmitted and received packets). In this example, we could see that for every second how many packets are flown in the network for the host 192.168.1.185

This example captures only the ssh packets.

The following example will capture packets for specific duration (5 seconds), switch over to the next file when capture file size reaches certain size (1000KB).

Use option -c, to capture the packets upto certain packet count. The following example creates the ethcap1 file only with 10 packets.

Use option -r to read network packets from as compressed file.

Use option -r, to displays only specific packet types. The following example creates the file capture_dump only with the rtp packets in the network analyzer.

Use the filter below to capture the tcp packets which are flowing in the port 1720.

The following example will capture packets that are coming either to the port 1720 or 1721.

By default, tshark will use eth0 device to do the packet capture. You can also specify a specific ethernet adapter using option -i as shown below.

This article was written by Balakrishnan Mariyappan. He is working in bk Systems (p) Ltd, and interested in contributing to the open source. The Geek Stuff welcomes your tips and guest articles.