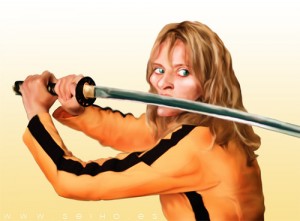 Kill command is use to send signal to a process or to kill a process. We typically use kill -SIGNAL PID, where you know the PID of the process.

In this article, let us review 4 ways to kill a process.

1. Kill Command – Kill the process by specifying its PID

All the below kill conventions will send the TERM signal to the specified process. For the signals, either the signal name or signal number can be used. You need to lookup the pid for the process and give it as an argument to kill.

Instead of specifying a process by its PID, you can specify the name of the process. If more than one process runs with that name, all of them will be killed.
Example: Kill all the firefox processes

3. Pkill Command – Send signal to the process based on its name

You can send signal to any process by specifying the full name or partial name. So there is no need for you to find out the PID of the process to send the signal.

Example: Send SIGTERM to all the process which has sample in its name.

Before sending signal, you can verify which are all the process is matching the criteria using “pgrep -l”, which displays the process ID and process name of the matching processes.

In this example, all the processes are designed to log the signal to signal-log, along with its PID.

Note: The part of name which you specify should be in the character within the first 15 character of the process name.

xkill is the simplest way to kill a malfunctioning program. When you want to kill a process, initiate xkill which will offer an cross-hair cursor. Click on the window with left cursor which will kill that process.