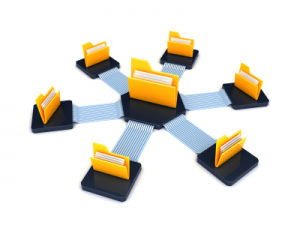 Here is the good, bad and ugly scenario for backups.

If you are in the bad scenario of taking the backup, but storing it only on the same server, then consider storing the backups at multiple locations. Following are the 4 different locations where you can store your backups.

1. Backups on the same server

This is probably the straight forward approach. Taking the backup of your critical information (applications, databases, configuration files, etc.,) and storing it on a disk on the same server. If you’ve mounted a remote dedicated backup filesystem using NFS on the local server, I still consider that as storing the backup on the same server. The disadvantage of this method is that when the whole system crashes, or if by mistake you do a rm -rf /, and erased everything on the system, you’ve lost your backup.

Taking a backup and storing it on the same server is a good staring point. In addition to this, you should consider storing your backups in one of the following locations.

2. Backups on a different server

4. Backup at an Off-site

You can do all of the above and still get into trouble, when disaster strikes. If the local server, backup server, and tape backup are all located at the same physical location, in a diaster situation, you might lose all the data. So, it is important that you store your backups at an off-site.

You can either have a redundant datacenter, where all your critical applications in the primary datacenter are synced with the disaster datacenter (or) at a bare minimum, keep a copy of the backup tape at an off-site location. Don’t physically rotate the tapes and keep it at the same datacenter, which is useless during a disaster recovery scenario.

Previous post: UNIX / Linux: How to Install and Configure mod_perl for Apache 2