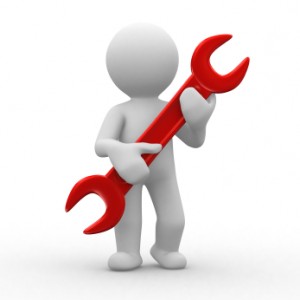 This is the 1st article in our new series on Linux performance monitoring and tuning.

To identify system bottlenecks and come up with solutions to fix it, you should understand how various components of Linux works. For example, how the kernel gives preference to one Linux process over others using nice values, how I/O interrupts are handled, how the memory management works, how the Linux file system works, how the network layer is implemented in Linux, etc.,

Please note that understanding how various components (or subsystems) works is not the same as knowing what command to execute to get certain output. For example, you might know that “uptime” or “top” command gives the “load average”. But, if you don’t know what it means, and how the CPU (or process) subsystem works, you might not be able to understand it properly. Understanding the subsystems is an on-going task, which you’ll be constantly learning all the time.

On a very high level, following are the four subsystems that needs to be monitored.

All of the above 4 subsystems are interrelated. Just because you see a high reads/second, or writes/second, or I/O wait doesn’t mean the issue is there with the I/O sub-system. It also depends on what the application is doing. In most cases, the performance issue might be caused by the application that is running on the Linux system.

There are various tools available to monitor Linux system performance. For example: top, free, ps, iostat, vmstat, mpstat, sar, tcpump, netstat, iozone, etc., We’ll be discussing more about these tools and how to use them in the upcoming articles in this series.

Following is the 4 step approach to identify and solve a performance issue.

In the upcoming articles of the performance series, we’ll discuss more about how to monitor and address performance issues on CPU, Memory, I/O and Network subsystem using various Linux performance monitoring tools.

Previous post: How To Install Apache 2 with SSL on Linux (with mod_ssl, openssl)