May his soul rest in peace.

While I’ve cleaned-up and given away lot of my technology books, I never gave away “The C programming language” book written by Brian Kernighan and Dennis Ritchie that is shown below, which brings me so much pleasant memory and joy by just looking at it. I purchased this book in 1994 and still have it. 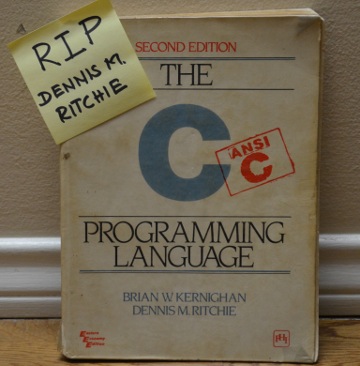 Thank you Dennis Ritchie for giving us the C programming language, which has served as a foundation for several key technologies that has changed our lives.

He also played a significant role in the development of UNIX during the early stages.