Apache Hadoop Fundamentals – HDFS and MapReduce Explained with a Diagram 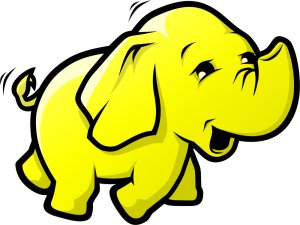 Hadoop is an open source software used for distributed computing that can be used to query a large set of data and get the results faster using reliable and scalable architecture.

This is the first article in our new ongoing Hadoop series.

In a traditional non distributed architecture, you’ll have data stored in one server and any client program will access this central data server to retrieve the data. The non distributed model has few fundamental issues. In this model, you’ll mostly scale vertically by adding more CPU, adding more storage, etc. This architecture is also not reliable, as if the main server fails, you have to go back to the backup to restore the data. From performance point of view, this architecture will not provide the results faster when you are running a query against a huge data set.

In a hadoop distributed architecture, both data and processing are distributed across multiple servers. The following are some of the key points to remember about the hadoop:

HDFS stands for Hadoop Distributed File System, which is the storage system used by Hadoop. The following is a high-level architecture that explains how HDFS works.

The following are some of the key points to remember about the HDFS:

The following are some of the key points to remember about the HDFS:

We’ve only scratched the surface of the Hadoop. This is just the first article in our ongoing series on Hadoop. In the future articles of this series, we’ll explain how to install and configure Hadoop environment, and how to write MapReduce programs to retrieve the data from the cluster, and how to effectively maintain a Hadoop infrastructure.

Previous post: Happy New Year 2012 — From Geek and the Dolls