NOTE : DOCSIS has two variants. There is a European version on DOCSIS known as EURODOCSIS. While American version is known as simply DOCSIS. The certifying agency of DOCSIS in America  is cable labs while in Europe the certifying agency is Excentis. The reason for two separate variants of of DOCIS is the difference between in frequency allocation bandwidth between Europe and America. 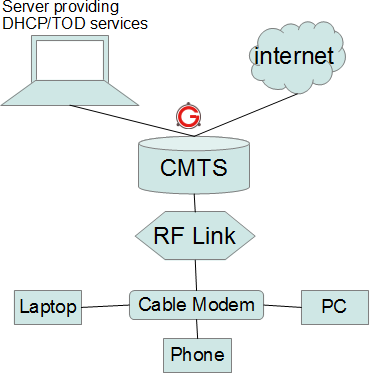 As can be seen from the image above, a basic DOCSIS architecture contains :

Note that multiple cable modems can be connected to a single CMTS. Its the CMTS that provides services like DHCP, Time of the day (TOD) etc to the CM (that is the reason it is connected to various servers as shown in figure). 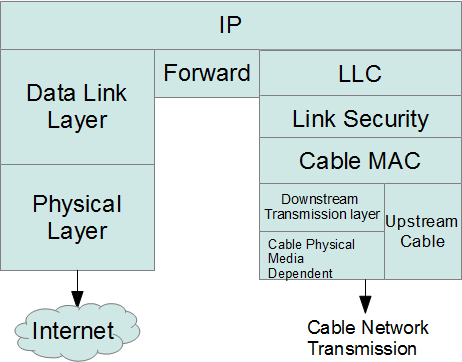 Since CM-CMTS can act both as end-host and as forwarding agents so different protocol stacks exist in CM/CMTS for each role (as shown in the figure). CM-CMTS interaction holds the key to smooth bidirectional IP data flow on the existing cable infrastructure. To achieve this in DOCSIS network, the IP packet goes through a completely different protocol stack (as shown in the figure).

Lets discuss the function of each layer briefly :

Next post: How to Encrypt Your Bash Shell Script on Linux Using SHC