How to Install Microsoft Hyper-V Server 2012 R2 for Virtualization

As a Linux sysadmin, sometimes you might end-up in a situation where you install a Linux distro as a Guest OS on a Windows based Virtualization software.

In those situations, it is helpful to understand some basics of Windows virtualization technologies.

Hyper-V is a Windows Server Virtualization based on Hypervisor technology, which enables virtualization on x86-64 systems.

The following are two high-level requirements to install Hyper-v server:

Performing administration tasks is little bit difficult in the core edition, as it is done through CLI in the command prompt. You can preform pretty much all the tasks, but you should do this inside the server from the CLI/Command prompt.

To avoid this painful task of dealing with CLI, you can perform the administration tasks of the core server (configuration and VM installations) from another server using one of the following methods:

Follow the steps below to install the Hyper-V server (free stand-alone version):

Before starting installation you need to enable Virtualization option in BIOS.

Download the Hyper-V server from here, and burn it on a disk. Boot the server with Hyper-v Server boot CD, and select OS language and keyboard language.

Click on the “Install Now” button to start installation and Accept the license agreement as shown below. 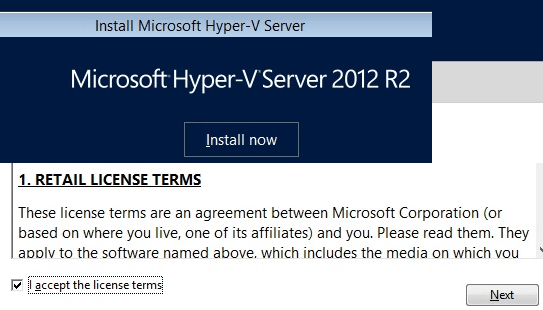 If it detects a previous installation of Hyper-V, it will give you an option to Upgrade or to start a fresh install.

Select drive to install Hyper-V server and allocate the Drive space as per your requirement. While creating partition by default windows will create some additional partitions to store boot file. 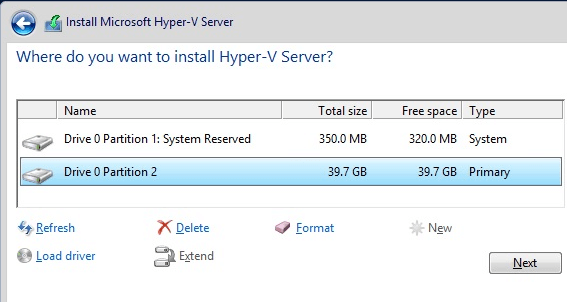 Once the drive partitions created successfully press next button to start installation. This will start installing Hyper-V and display the progress on the screen as it moves along various installation steps. During the installation process, the server will automatically reboot twice. 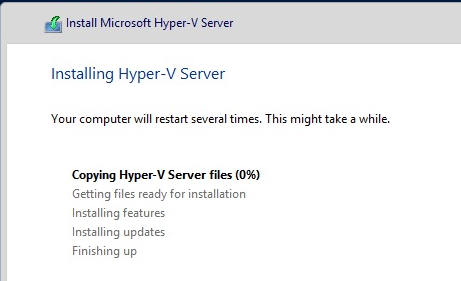 After completing the installation we will get the following two command line tools to perform basic tasks in Hyper-v server. 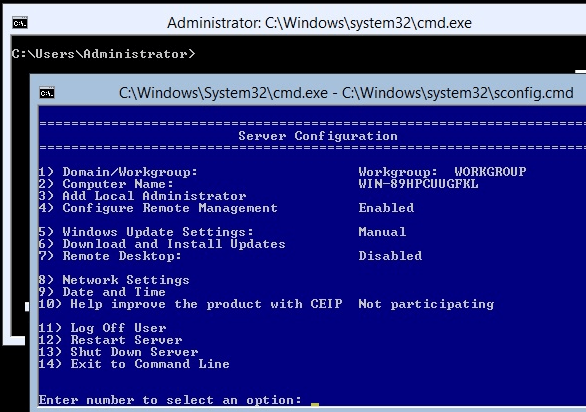 Next post: How to Install Zenoss Core for Monitoring on Linux CentOS / RHEL