How to Deploy Node.js Script on Linux Using Upstart and Monit 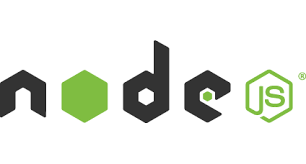 Node.js is a server-side scripting and Javascript framework.

This runs on top of Chrome V8 Engine.

Its quite different from the scenario where you install a separate web server like Apache or Nginx with appropriate language compiler packages and then deploying your code under the DocumentRoot of that webserver.

When something goes wrong, due to high load or some unhandled exception in the script, not only the application crashes, in a way your instance of web server itself is crashing. So you need to keep monitoring your application and may need to re-start it if any thing goes wrong.

If you are new to Node.js: How to Install Node.js and NPM on Linux from Binaries or NodeSource

You should use some kind of mechanism that can respawn the node process when needed. This can be done by using forever, nodemon or crontab until and unless your host system itself is not getting restarted.

In such scenarios we need something more effective.

The following are the two high-level steps to get this done:

Step 1: Setup a Process manager (Upstart) for your Node.js App

We can use the upstart to make the node process to be managed by daemons or say run in background. You will not need to keep the terminal open always. Also you will be able to get easily configurable start/restart/stop scripts.

Certain version of RHEL based distros, such as Red Hat, Ubuntu, CentOS and Fedora already comes with Upstart.

You can install Upstart on Ubuntu and Debain based distros using the following command:

Below is the example of the configuration file kept in “/etc/init/” folder.

In the above configuration file on line no 4 we are telling to run the script on system startup. Here we can also explicitly mention the various unix run levels on which the app is to be started. The line “respawn” tells to restart the process if it crashes.

The configuration inside the “script” scope tells to get inside your project folder and initiate your app with a log on file and console as output.

Refer to: How to Use Node.js with MySQL using Example for Connection Pool

We can use monit as its name suggests, to monitor the daemon process, filesystems, directories, localhost and also the various process characteristics like memory and CPU cycles associated with a process.
So it can be used to automate the actions to be taken, for a wide range of scenarios which are associated with not only an application crash but also like high resource utilization, security breach and file changes.

Using it we can configure tests that will be evaluated at certain intervals.

You can install the monit on Ubuntu and Debain based system using the following command:

Following is an example Monit configuration done in “/etc/monit/monitrc ”

The above scripts keeps checking the local host with an http request and if request fails it restarts the node app.

You should now configure upstart to start monit when your system restarts. This way most of your Node.js App failure scenarios can be handled.