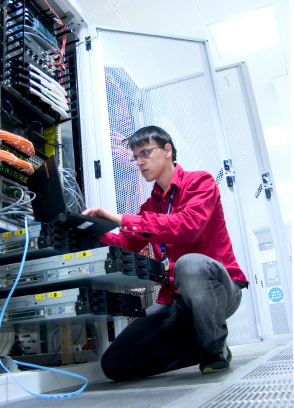 When I drafted this article, I really came-up with 7 sysadmin habits. But, out of those 7 habits, three really stood out for me.

While habits are good, sometimes rules might even be better, especially in the sysadmin world, when handling a production environment.

Rule #1: Backup Everything ( and validate the backup regularly )

Experienced sysadmin knows that production system will crash someday, no matter how proactive we are. The best way to be prepared for that situation is to have a valid backup.

If you don’t have a backup of your critical systems, you should start planning for it immediately. While planning for a backup, keep the following factors in your mind:

If you don’t have a backup of your critical systems, stop reading this article and get back to work. Start planning for your backup immediately.

A while back in one of the research conducted by some group (don’t remember who did that), I remember they mentioned that only 70% of the production applications are getting backed-up. Out of those, 30% of the backups are invalid or corrupted.

Assume that Sam takes backup of the critical applications regularly, but doesn’t validate his backup. However, Jack doesn’t even bother to take any backup of his critical applications. It might sound like Sam who has a backup is in much better shape than Jack who doesn’t even have a backup. In my opinion, both Sam and Jack are in the same situation, as Sam never validated his backup to make sure it can be restored when there is a disater.

If you are a sysadmin and don’t want to follow this golden rule#1 (or like to break this rule), you should seriously consider quitting sysadmin job and become a developer. 🙂

Rule #2: Master the Command Line ( and avoid the UI if possible )

There is not a single task on a Unix / Linux server, that you cannot perform from command line. While there are some user interface available to make some of the sysadmin task easy, you really don’t need them and should be using command line all the time.

So, if you are a Linux sysadmin, you should master the command line.

Even when you have a UI to do certain task, you should still prefer command line, as you would understand how a particular service works, if you do it from the command line. In lot of production server environment, sysadmin’s typically uninstall all GUI related services and tools.

If you are Unix / Linux sysadmin and don’t want to follow this rule, probably there is a deep desire inside you to become a Windows sysadmin. 🙂

Rule #3: Automate Everything ( and become lazy )

Lazy sysadmin is the best sysadmin.

There is not even a single sysadmin that I know of, who likes to break this rule. That might have something to do with the lazy part.

Take few minutes to think and list out all the routine tasks that you might do daily, weekly or monthly. Once you have that list, figure out how you can automate those. The best sysadmin typically doesn’t like to be busy. He would rather be relaxed and let the system do the job for him.

Are there any other rules you think a sysadmin shouldn’t break? Leave a comment.

Next post: Emacs Macro Tutorial: How to Record and Play